How to Kill a Joro Spider

“How to Kill a Joro Spider” is a provocative title, isn’t it? You might have cringed while walking into a web. Or you are the rare people who have been bit. Ouch! No one wants that. Not us.

We’ve read all kinds of crazy things people have done because of their fear or this spider (or spiders in general). Fire. Guns. Chemicals. Brooms. Boots. Atomic bombs. OK, the last one hasn’t happened yet, but maybe Kim Jong-un, chief bomb monger in North Korea, is considering it.

First of all, let’s ask, “Are Joro Spiders dangerous?” Can a Joro spider hurt you? Inquiring minds want to know. The answer? No, not really.

Still, you are wondering? You are so afraid that you are eager to kill this gorgeous creation. What are your options?

Full Disclosure: Part of the point of our organization is to convince you not to kill this spider. We also know we aren’t going to convince some of you, even if we said God Himself created all things. We’re Joro positive. We celebrate Joro spiders without fear. Our mission is to increase appreciation through joy and education. We know they eat moths, wasps, and beetles, as well as feed birds, frogs, and other animals.

Let’s review your options for those things listed above:

Fire – There’s a chance you’ll burn down the house. Do you really want to explain to your spouse you toasted the house because of an itsy-bitsy spider?

When he calls, you say, “Honey, um, we’ve a little problem.”

“Well, you know how you wanted a new house? I think it is time to buy.”

“Finally! Wait — why?” you say abruptly.

“We no longer have our old house. It, um… burned. You see, there was this spider the size of a quarter on the roof and, well… let’s say that propane torch is remarkable.”

Guns – This isn’t a bear at your campsite which just ripped into your tent. The bullet is almost as big as the spider. We know some of you are breaking out your Red Rider BB Gun hoping to shoot the eyes of this creature. Kill a piece of bark and rent A Christmas Story instead.

Chemicals – This one is probably the worst. Unlike ants and roaches, the Joro spider aren’t social animals. They don’t live in community. If you spray a web, you might get one spider, and maybe her mate or even two or three. If it dies (no guarantee), that’s that? Nope. If you don’t clean the remains, it might get eaten by another animal along with the poison. Your poison might be left on a wall or wherever and continue to poison the environment without hurting another spider.

Remember, salt is a chemical. There are dubious products which claim to kill using only table salt. On one hand, that’s better than poisons, but adding even small amounts to the environment can kill a tree frog. Their skin is highly permeable and they are not equipped to endure salt. Their skin is intended to help main a delicate physiological homeostasis and salt throws them off.

Get some steak — use the salt and fire preparing it. You, your spouse, and the spider will be happier.

Brooms – These are semi-effective. When you brush off a spider for the sake of killing, you need to ensure it lands near you on a hard enough surface. Brooms make that possible, but it is possible the spider doesn’t want this to happen. It might crawl away or drop quickly and out of reach. Or, they hang onto the broom unseen. Your problem remains unsolved.

Boots – Most shoes will work, even stilettos. You can do this barefoot too, but if you are that afraid, any skin contact will give you more willies than any monster under the bed. Like the broom challenge, you need to get the spider in position. That’s no small task, but once you do, and if you aim is true, that spider will be off to meet your childhood puppy.

Got a Joro spider in an inconvenient place? It happens. As these spiders are good for the ecosystem, gently relocating them is the best choice. A garden shovel or a bowl can be a handy way to scoop them up.

Take those two extra minutes and do a good thing. 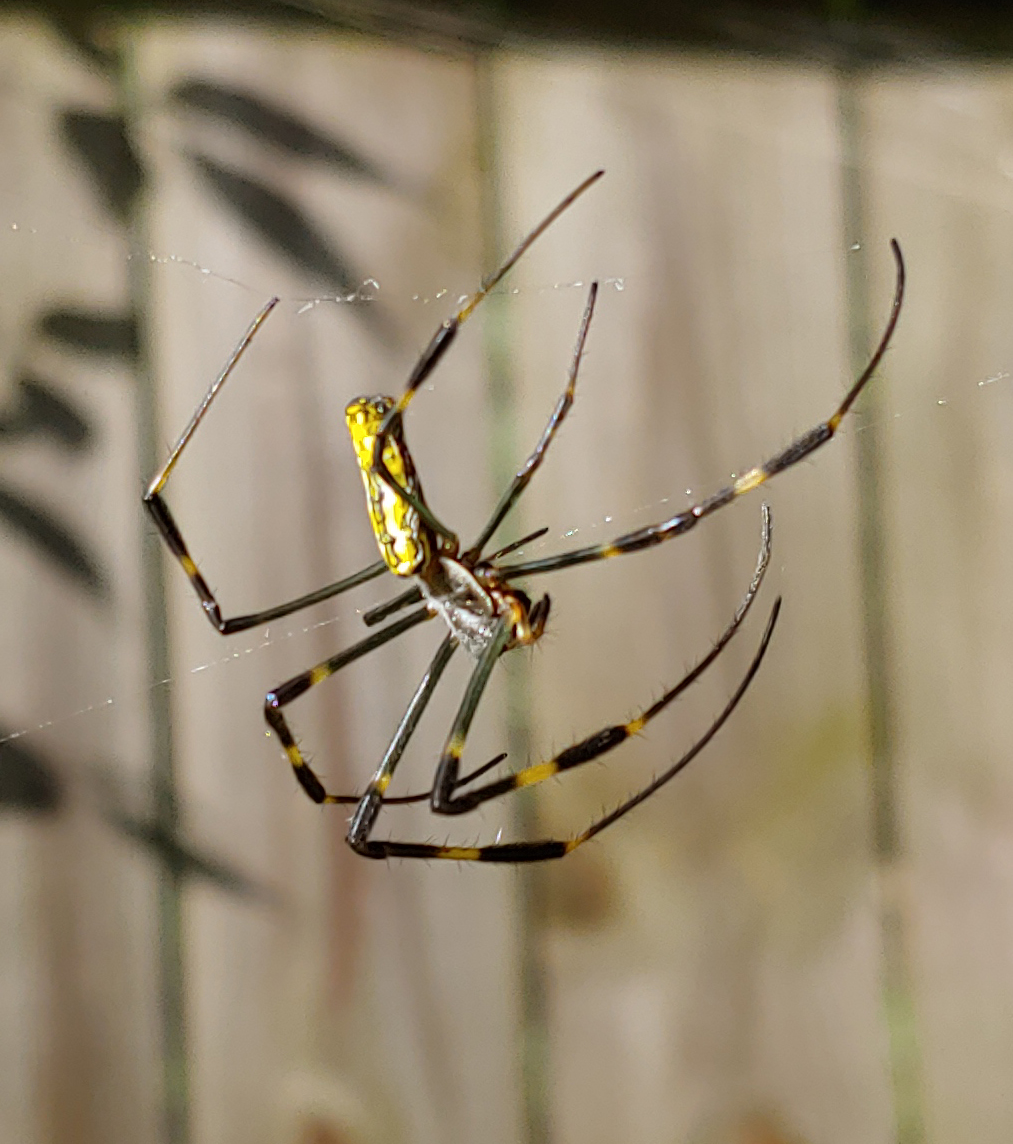 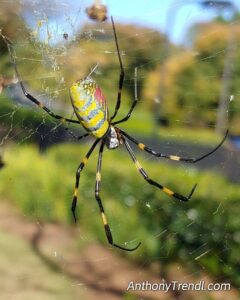 “Look! Cool spider! It’s eating a wasp,” said a young girl at a park. A Joro spider dined on a red wasp. Her mom explained the life cycle of each and that sometimes the wasp gets the spider.

Good job Mom! Teach your children to respect nature, not fear it.