Stop yer whinin’. These are safe.

If you live in the South, here’s a strong chance you’ve seen a Joro spider. You’ve likely also noticed other orb spiders (easy to get mixed up at first glance). Let’s address a couple myths and concerns:

No need to freak out. The world has some big concerns, but worrying about the itsy-bitsy spider isn’t one of them.

What about the Legend of the Jorōgumo? We’re not so quick to dismiss this one. There have been stories… 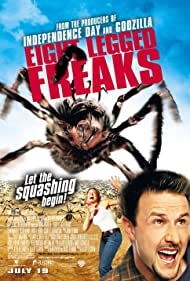